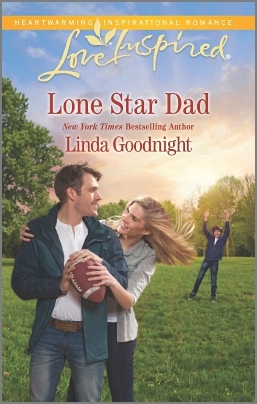 But as her neighbor Quinn Buchanon connects with her nephew, cutting through his anger and the walls that he has built around herself, she wonders how long she can keep her sister's secret.

Quinn is a former football star, but his career came to an end with an injury that took him off the field, and he hasn't played football since. But as his relationship with Derrick grows, he finds himself throwing around the ball and giving him some pointers. He helps Gena with Derrick, and finds that he likes their company more than he thought he liked being alone.

Gena is smart, capable and compassionate, everything has happened so fast and she's doing the best she can to make it all work.

Overall a great book. and Quinn changes a lot over the course of the story, realizing that it isn't what he has lost that defines him, but who is now and what he let's define him. I really liked how he connects with Derrick and help him adjust to life without his mother. A great read about second chances and new beginnings.


Disclosure of Material Connection: I received one or more of the products or services mentioned above for free in the hope that I would mention it on my blog. Regardless, I only recommend products or services I use personally and believe will be good for my readers. I am disclosing this in accordance with the Federal Trade Commission's 16 CFR, Part 255: "Guides Concerning the Use of Endorsements and testimonials in Advertising."
Posted by Faith at 12:20 AM