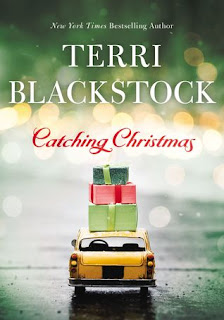 Finn Parish is a cab driver, when an elderly woman has him take her to the doctor, Finn finds his life changed forever. It's a busy time of year, and the last thing he wants is to be tied to his elderly client, Miss Callie, taking her shopping, to the doctor, and assisting her with her errands--after all he's only the cab driver. But she keeps requesting "that sweet boy" and Finn doesn't have the heart to refuse, especially when she reminds him so much of his own late mother.

Sydney is a law associate at a high powered law firm that has been laying off lawyers due to cuts, her job is dependent on the outcome of a no-win case involving that irresponsible son of one of the firm's biggest clients. She is under a lot of stress, juggling her demanding job and caring for her failing grandmother.

Finn became a cab driver after losing his restaurant, he is just trying to make it to the next month, living paycheck to paycheck. He loses money driving Miss Callie, so at first he tries to get out of driving her, but despite himself he finds himself enjoying her sweet nature, cheerful spirit, and determination to give her granddaughter a great Christmas. Finn has been through a lot in the last few years, he has his regrets, and he hates that Miss Callie is alone most of the time, he doesn't want to get involved, but he rises to the occasion to help Miss Callie and finds her joy rubbing off on him past his gruff exterior. Finn was my favorite character, I could picture him perfectly from the first time we meet him, and I love the begrudging (on Finn's part) friendship between him and Miss Callie.

Sydney loves her grandmother, and wants to spend more time with her, but she can't afford to lose her job. Her bosses have thrown her under the bus, with a high-stakes, no-win case.

Overall, a heartwarming Christmas read with memorably characters that capture your heart, with touches of humor that made me laugh out loud. I could just picture the spunky Miss Callie making her all too honest observations, and scouting out eligible men for her granddaughter. A satisfying Christmas read that hits all the right notes, with a message of hope and love.
Posted by Faith at 10:49 PM