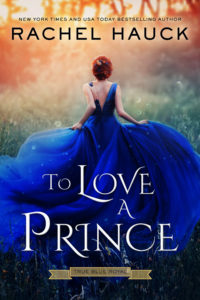 Book:  To Love a Prince

Daffodil Caron is not a princess, even though she once dreamed of being one. After all, she grew up as a playmate to royal princes, running through the halls of Perrigwynn Palace and dining with the queen. But the day she stumbled upon a royal secret, everything changed.

Flash forward eighteen years, and Daffy’s living a sweet, non-royal life. A skilled art curator for the Royal Trust, she has friends, a flat in the heart of the city, and a handsome, successful fiancée. The last person on her mind is Gus, a prince she once called her best mate.

HRH Prince Augustus is no longer “Prince Pudgy,” as caricaturized by the press, he’s charming and gorgeous, possessing a world-famous smile. But when he’s jilted at the altar by an American heiress as millions of people around the world watched, the spare heir to Lauchtenland’s ancient House of Blue escapes, finding solace on a Florida beach.

A year as a regular bloke allows him to rethink his purpose. He’s half decided his calling is to pour pints at a tiki bar, rather than serving his country and the Family.

Until an accident on the beach with a Frisbee changes his course.

Despite his long hair and beard, Daffy recognizes her prince, and their childhood friendship is renewed. She assures Gus Lauchtenland needs him, giving him the courage to return home.

When Daffy and Gus find themselves on assignment to Hadsby Castle in preparation for his brother’s wedding, their friendship blooms into affection.

But Gus cannot, will not, trust his heart again. Daffy’s engaged. And she also remains a royal family outcast because she knows the Queen’s secret.

When affection grows into love and secrets are exposed, trust is destroyed. Gus must choose which is stronger: the lies of his past or the hope of his future. And Daffy must face every fear to prove she will forever love a prince.

Author Rachel Hauck is back with a brand new modern fairy tale set in the same universe as her previous creations.

My heart went out to Daffy who has struggled in love and friendship, she has always played it safe in life, and doesn't like to take risks. I related to her, and admired her courage. Though it was hard to read when bad things just kept happening to her, and I just wanted everything to work out.

This book operates in the same universe as Once Upon a Prince so there are many familiar name drops and cameos. It is a sweet read, with a lot going on throughout. Gus has had his share of heartaches too, and I could understand why he chose to do the things that he did. I liked the natural friendship between him and Daffy, as they reconnect and get to know each other again.

Charming and familiar, yet a brand new story great for fans of modern fairy tales. I found it interesting how the author used "angels among us" to bring the story together, though I felt like the faith was less directly addressed than previous books. I like how this book imagines realistically the difficulties of life in the public eye. A sweet read with a courageous heroine, and plenty of royal intrigue! 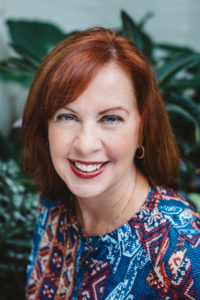 Her book The Wedding Dress was named Inspirational Novel of the Year by Romantic Times Book Reviews. She is a double RITA finalist, and a Christy and Carol Award Winner.

Her book, Once Upon A Prince, first in the Royal Wedding Series, was filmed for an Original Hallmark movie.

Rachel has been awarded the prestigious Career Achievement Award for her body of original work by Romantic Times Book Reviews.

A member of the Executive Board for American Christian Fiction Writers, she teaches workshops and leads worship at the annual conference. She is a past Mentor of The Year.

At home, she’s a wife, writer, worship leader and works out at the gym semi-enthusiastically.

A graduate of Ohio State University (Go Bucks!) with a degree in Journalism, she’s a former sorority girl and a devoted Ohio State football fan. Her bucket list is to stand on the sidelines with Ryan Day.

She lives in sunny central Florida with her husband and ornery cat. 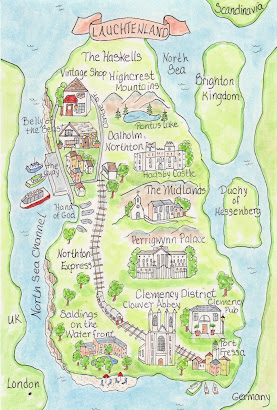 I’m thrilled to share To Love A Prince with you. So many of you who loved the Royal Wedding Series have asked for more royals so as I noodled over new story ideas, my thoughts drifted toward princes and princesses. What’s more romantic than a royal wedding?

This royal story, the first book in a new series, True Blue Royal, is set in a new fictional country, Lauchtenland, in the North Sea. I’m really squeezing all those oil wells currently occupying that body of water.

The beauty of royal stories is they remind us of who we really are: princes and princesses. There is always a point in the story where the royal character, as well as the commoner, must come to grips with his and her true identity! Who God says we are!

Stories are a powerful reflection of life and it’s fun to insert ourselves into the tale. While fiction employs a lot of hyperbole we can find ourselves on the page somewhere, somehow.

Thanks for going on this little tour with me and To Love A Prince. You are so vital to my story as an author. Thank you!

For Him and My Family, September 13

Because I said so — and other adventures in Parenting, September 13

Among the Reads, September 14

Reflections From My Bookshelves, September 15

Where Faith and Books Meet, September 16

She Lives To Read, September 17

Labor Not in Vain, September 18

Inside the Wong Mind, September 21

By The Book, September 21

Writing from the Heart Land, September 22 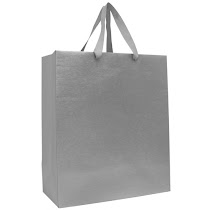 To celebrate her tour, Rachel is giving away a royal gift box of Pampering Princess items that includes bath balms, tea, tiara and other surprises!!