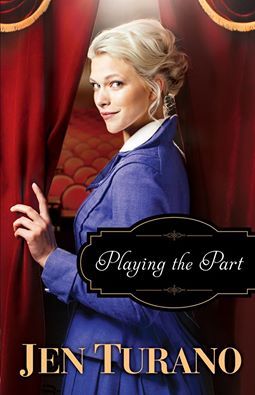 Lucetta Plum is an actress, but unlike the characters that she plays she is a clever and industrious woman, she knows how to take care of herself, but also knows when she needs help. When she is forced to give up a starring role in a play due to the unwanted and threatening interest of a fan, she takes refuge at a friend's grandson's estate.

There is more to Bram Haverstein than meets the eyes, he is not expecting his favorite actress to show up on his doorstep courtesy of his estranged grandmother.

But strange things are happening at Bram's mansion, will Lucetta be able to see the real man behind the part that he plays?

An action packed suspenseful read, filled with drama, romance, mystery, and plenty of humor, as well as Ms. Turano's signature larger than life characters. I really like Mr. Skukman, Lucetta's bodyguard he takes his job very seriously and inwardly he is a quiet man who enjoys poetry and quiet moments of reflection.

I really liked the dialog between Lucetta and Bram as they discover that the other is not what they seem at first, and it grows their relationship as they learn about each other.

Overall, this is a fun filled read, that kept a smile on my face, and was full of humor. I liked the mystery and many surprises along the way. Lucetta is a strong woman who knows how to do for herself, but she learns to trust God with the unknown, and that isn't the only one who isn't what first impressions may suggest. A fast paced read that I didn't want to put down! I think one of my favorite parts was that it brought Harriet, Millie and Lucetta all together again. A fun adventure filled read that will put a smile to your lips.

Can they accept who they are behind the parts theyplay in time to save the day?

Lucetta Plum is an actress on the rise in New York City, but is forced to abandon her starring role when a fan's interest turns threatening. Lucetta's widowed friend, Abigail Hart, is delighted at the opportunity to meddle in Lucetta's life and promptly whisks her away to her grandson's estate to hide out.

Bram Haverstein may appear to simply be a somewhat eccentric gentleman of means, but a mysterious career and a secret fascination with a certain actress mean there's much more to him than society knows.

Lucetta, who has no interest in Abigail's matchmaking machinations, has the best intentions of remaining cordial but coolly distant to Bram. But when she can't ignore the strange and mysterious things going on in his house, it'll take more than good intentions to keep her from trying to discover who Bram is behind thepart he plays. 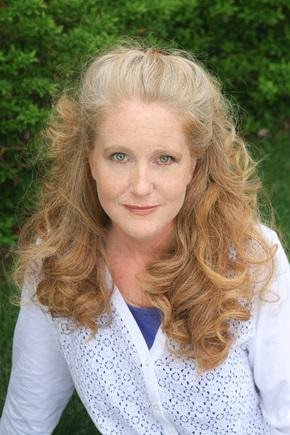 Jen Turano, author of the Ladies of Distinction series and the A Class of Their Own series, is a graduate of the University of Akron. She is a member of ACFW and lives in a suburb of Denver, Colorado.

Landing page:
http://litfusegroup.com/author/JTurano
Posted by Faith at 7:23 AM