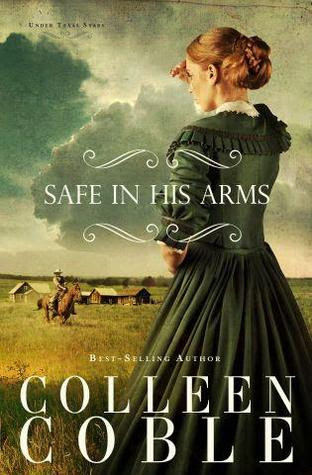 My Review: Love under a Texas sky.

Margaret struggles to trust others, and God. But when her father makes a shocking revelation that he intends to leave the family ranch to her cousin instead of her, Margaret doesn't know how to change her father's mind. A new ranchhand comes to town, but he just may be hiding more than any of them see...

A nice sequel to Ms. Coble's Blue Moon Promise, with old and new characters alike, in this stand alone novel. While there are some connections to the previous book, Ms. Coble explains much of what happened in  Blue Moon Promise, so that new readers won't get lost in this delightful western.

Margaret was a strong and vulnerable heroine, who was very endearing. Though to be honest I wasn't exactly a huge Daniel fan, especially in the beginning because of how terribly forward he was with Margaret. But he later improved :)

Overall, a nice western read with twists and turns that keep you wondering throughout. With old and new friends within the pages, Safe in His Arms is an engaging and quick read. I'll definitely be on the lookout for the next book in the series!

I received this book from the publisher in exchange for an honest review. Thanks!


About Safe in His Arms:


Sometimes it takes a stranger to see you as you really are.


Under Texas Stars, Book 2
Born and raised on sprawling Texas land, Margaret O'Brien prides herself on her competence as a rancher. But her father believes she's made for more than just dawn-to-dusk work. He wants her to have the love of a good man, to raise children, to build a life. But Margaret gave up such dreams years ago. She's convinced no man would have her, that the ranch is her life now.


So when Margaret's father hires Daniel Cutler as a new foreman, she's frustrated and suspicious. Then an overheard conversation links him with a gang of bank robbers, and she's downright worried. Daniel swears he's not involved, but Margaret's not convinced. She knows the man still has secrets. But would a criminal be so kind and talk so convincingly of his faith? As a series of tragic "accidents" threatens all she holds dear, Margaret must decide what to trust: her own ears, her best judgment . . . or what her heart keeps telling her. 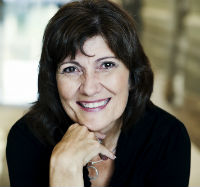 Link to buy the book: http://ow.ly/hc6cu

Meet Colleen:
Best-selling author Colleen Coble's novels have won or finaled in awards ranging from the Best Books of Indiana, ACFW Book of the Year, RWA's RITA, the Holt Medallion, the Daphne du Maurier, National Readers' Choice, and the Booksellers Best. She has nearly 2 million books in print and writes romantic mysteries because she loves to see justice prevail. Colleen is CEO of American Christian Fiction Writers and is a member of Romance Writers of America. She lives with her husband Dave in Indiana.
Find out more about Colleen at http://www.colleencoble.com/.
http://litfusegroup.com/author/CCoble