Grace Unplugged by Melody Carlson and Own It by Michael & Haley DiMarco ~ Review + Giveaway! 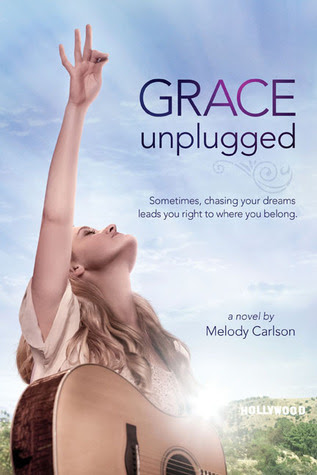 Grace Trey, the daughter of one-hit-wonder Johnny Trey, gets her big break as an artist doing what she's always wanted to do, but are the compromises of what it takes to become a start ones she is willing to make?

Grace Unplugged was a fairly quick read, that could also be enjoyed as an older teen read. The writing style was easy to read, and the plot was good but a bit predictable, but overall had a terrific message.

This story had many great elements, a romance, the story of a father's love, and Grace's personal coming-of-age. For the most part this book focused on Grace and her prodigal journey, I thought that her story was told realistically, and I liked how they showed that it wasn't one huge compromise, but many small ones that are the most dangerous.

Overall, I enjoyed reading the book, with a great message about leaving a borrowed faith and making it your own. And it definitely made me want to see the movie :)


About Grace Unplugged the Novel
Grace Trey is an 18 year old singer as passionate about her Christian faith as she is her phenomenal, God-given musical talent. Both traits come from her father, one hit wonder Johnny Trey who found Jesus after losing his chart success two decades ago.

When Grace encounters her own music break of a lifetime, the sudden dive into the "real world" puts her deeper beliefs to the test. Pop superstardom is just within reach but appears to require some spiritual compromise. Will Grace reject her faith, or will she own it?
Grace Unplugged is based on the motion picture of the same name starring AJ Michalka (Super 8) and Kevin Pollak (A Few Good Men) with performances by award-winning artists Chris Tomlin and Jamie Grace.
About the Grace Unplugged Author
Melody Carlson has sold more than five million books. A professional writer for twenty years, she recently received the Romantic Times Career Achievement Award. Melody has two grown sons and lives with her husband in the Pacific Northwest. 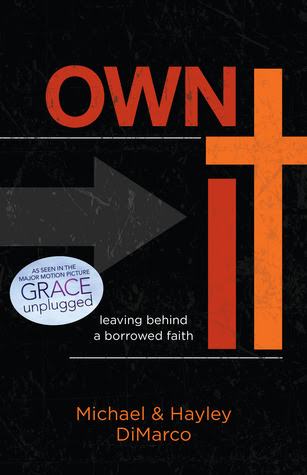 My Review:
Own it is a relatively short read, following in the footsteps of the film Grace Unplugged talks about leaving behind a borrowed, rented, or inherited faith and taking the steps toward owning it!
This was a nicely written book that I could see helping someone who might struggle with questions about their faith. But personally, I felt that I did not benefit from reading it. But it did a good job of explaining everything in a simple, easy to follow conversational tone, that made it easy to read.
Overall a well written book, that asks tough questions, to help you truly Own It.
About Own It, Discover Your Faith in God
The movie Grace Unplugged tells the story of Grace Trey, an ideal Christian teenager who is also a phenomenal singer. But when she is pushed into the “real world” at the tender age of eighteen after getting the music break of a lifetime, her faith is put to the test.
Own It mirrors the film by asking what it means to really “own” your personal faith rather than just automatically following in the footsteps of parents, friends, or other influencers. Best-selling authors Hayley and Michael DiMarco help readers understand what to do when faith meets real world challenges.
Without solid beliefs, poor choices are likely to follow. You must take the time to really know who you are, who you are becoming, and who God made you to be. It's your personal faith . . . own it!


About the Own It Authors
Hayley DiMarco is the best-selling author of more than thirty books including Dateable, Marriable, Mean Girls, and The Woman of Mystery. She has been a featured speaker at Women of Faith, Precept National Women's Conference, and MOPS Intl. among others and has consulted on the creation and enhancement of some of the largest stadium events for teens and young women in North America.
Michael DiMarco is a skillled communicator and teacher who has authored more than a dozen bestselling books including the 2010 Christian Book of the Year for Youth, B4UD8 (Before You Date). He and his wife, author Hayley DiMarco, have one daughter and live in Nashville, Tennessee.
Stay Connected:
Grace Unplugged Movie Facebook: https://www.facebook.com/graceunplugged


And here's the trailer for Grace Unplugged:


Now is your chance to enter to win a copy of BOTH Grace Unplugged (the novelization) by Melody Carlson and Own It by Haley & Michael DiMarco!

US residents only please.
a Rafflecopter giveaway
Posted by Faith at 12:00 AM