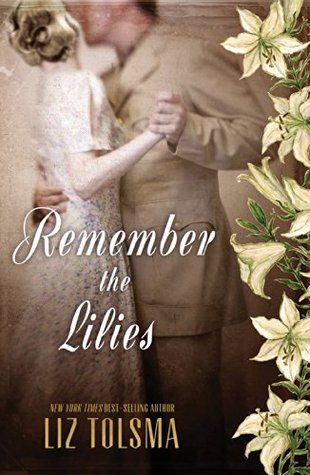 Irene and her aunt, Anita, are missionaries in the jungles of the Philippines, held captive in a Japanese prison camp.
Rand is a suave and smooth American, used to women falling every which way under his spell.
Do a humble missionary and an overly confident womanizer have a chance at a future together a midst the turmoil?

This book was a bit of a slow starter for me, but as I read it picked up speed and soon I didn't want to put it down--I just had to know what would happen!

I really liked Anita, because she showed great strength and didn't let being blind keep her down. She was like a mother to Irene, and mentored her with faith.

Overall this is a poignant read, set during WWII in the Santo Tomas Internment Camp. Through it  all  loved how it all came together, and how they fought to survive the war. A wonderful deep running novel of wartime.

Can Irene and Rand stave off starvation until the American troops bring freedom?

Interred by the Japanese, missionary Irene Reynolds comes across a mysterious note while working at the censor's office. She memorizes the parts she must black out and delivers it to wealthy nightclub owner Rand Sterling. Before she knows what's happening, she's drawn into a web of secrets and danger.

Rand Sterling wants nothing more than to reopen his nightclubs once the war ends. But slimy Frank Covey wants his hand in the till---and has news that could threaten Rand's reputation if it became public. More importantly, beautiful and intriguing Irene Reynolds cannot discover this information if he expects to persuade her to become his wife.
When Irene is attacked by a sinister Japanese guard and their secrets are exposed, they must learn the true meaning of forgiveness---if they can stave off starvation until the American troops bring freedom.
Purchase a copy: http://bit.ly/1EDGVJJ

About the author:New York Times best-selling author Liz Tolsma is the author ofDaisies are Forever, Snow on the Tulips, and the contributing author of A Log Cabin Christmas. When not busy putting words to paper, Liz enjoys reading, walking, working in her large perennial garden, kayaking, and camping. She lives in Wisconsin with her husband and children, all adopted internationally.
Find Liz online: website, Facebook, Twitter

Disclosure of Material Connection: I received one or more of the products or services mentioned above for free in the hope that I would mention it on my blog. Regardless, I only recommend products or services I use personally and believe will be good for my readers. I am disclosing this in accordance with the Federal Trade Commission's 16 CFR, Part 255: "Guides Concerning the Use of Endorsements and testimonials in Advertising."
This gripping new tale from Liz Tolsma, Remember the Lilies, is a must-read for fans of WWII-era fiction. When Irene is attacked by a sinister Japanese guard and their secrets are exposed, she and Rand must learn the true meaning of forgiveness—if they can stave off starvation until the American troops bring freedom.

Help Liz celebrate the release of Remember the Lilies with a Kindle Fire giveaway!

One grand prize winner will receive:

Enter today by clicking the icon below. But hurry, the giveaway ends on 2/19. Winner will be announced at Liz's Remember the Lilies Facebook author chat party. RSVP for a chance to connect with Liz and WWII fiction fans, as well as for a chance to win some great prizes!

RSVP today and spread the word—tell your friends about the giveaway via FACEBOOK, TWITTER, or PINTEREST and increase your chances of winning. Hope to see you on the 19th!