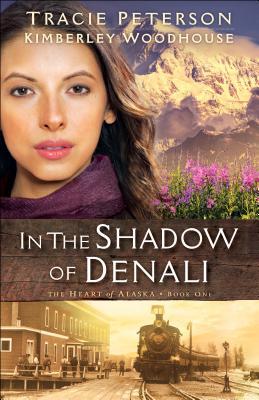 
A book that vividly brings to life the bustling time around the opening of Mt. McKinley National Park. Cassidy and her father, John Ivanoff, work at a hotel close to the new park, and John serves as a guide and Cassidy works as a cook.

John Ivanoff is part native Alaskan, and grew up in the mountains surrounding the Denali. He raised Cassidy himself after his wife died. He is a man of integrity and faith, and he feels terrible about what happened to Henry Brennan, and understands Allen's anger. John is a good father, and a very wise man in his dealings with others.

Cassidy is a ray of sunshine, positive in attitude with a strong faith, and does her best of think the best of everyone. Befriending nearly everyone she meets, she has a big heart, and is a good daughter and friend.

This is a well written book, with great character interactions and dialog between the characters. John is my favorite character, and his faith shines through the toughest times, and he brings light to others. I like how he mentors Timothy a young orphan boy that Cassidy befriends and also Allen. Allen is a good man, and listens and considers all that John tells him. Allen loved his father and he grows alot over the course of the story. A good read, with mystery, great dialogue, and romance.


Disclosure of Material Connection: I received one or more of the products or services mentioned above for free in the hope that I would mention it on my blog. Regardless, I only recommend products or services I use personally and believe will be good for my readers. I am disclosing this in accordance with the Federal Trade Commission's 16 CFR, Part 255: "Guides Concerning the Use of Endorsements and testimonials in Advertising."
Posted by Faith at 1:53 AM