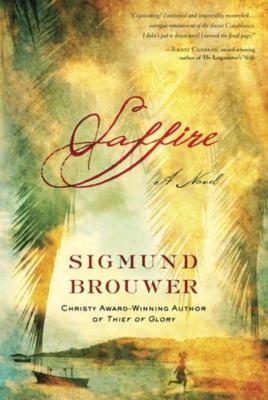 James Holt comes to Panama in 1909  at the request of his old friend, Theodore Roosevelt, to carry out a mission that starts out as a search for the mother of Saffire, beautiful and spirited young girl with wits as sharp as a razor. But the more he digs, the more he feels that he is getting nowhere, yet there is something more beneath the surface that threatens the future of the canal and America.

Jim tells the story from his point of view, and despite how the story is told through his eyes, he still keeps his cards rather close to his chest. I admired his love for his daughter back home in the Dakotas, and how his rich backstory weaves its way into the story.

It takes a while for the book to really pick up, which is uncommon for this author, but when it picks up all the pieces and people begin to fall in place. And in the end it all came together and was hard to put down.

I like how Jim tells story, he calculating and cool, yet we see his doubts and vulnerabilities that he hates about himself. He is a smart man, who sees his past actions with perfect clarity and owns up to his faults. I liked his alertness and awareness.

T.B. Miskimons was probably my favorite character, a enigmatic man shrouded in mystery and who seems to be ever in the know, and his interactions with Jim are some of my favorite parts of the book.

Overall, a well written novel that brings the uneasy relations between the Americans and the Panama people to life, showing the obstacles that had to be overcome to build the wonder of the Panama Canal. A well researched historical read, filled with intrigue, mystery, and even romance!

Disclosure of Material Connection: I received one or more of the products or services mentioned above for free in the hope that I would mention it on my blog. Regardless, I only recommend products or services I use personally and believe will be good for my readers. I am disclosing this in accordance with the Federal Trade Commission's 16 CFR, Part 255: "Guides Concerning the Use of Endorsements and testimonials in Advertising."
Posted by Faith at 7:58 PM