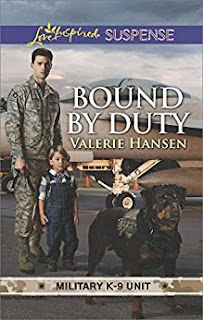 Single mom and flight instructor, Sergeant Zoe Sullivan finds herself under surveillance and suspicion when her half-brother, The Red Rose Killer, escapes. Strange things have been happening to her, and she fears for the safety of her son, Freddy.

Sergeant Linc Colson as been assigned to watch her every move, wit his K-9 partner, rottweiler Star. Linc is far from thrilled to be assigned to guard Zoe, he believes that she is guilty and is eve more suspicious when she slips away from him and comes back claiming to have seen a shooting.

Will Zoe be able to trust the man who doesn't even believe her innocence?

I like how Linc bonds with Freddy, and teaches him to pet Star. Star is a clever working dog, but she loves the extra attention from Freddy. Linc is a good man, he is respectful of Zoe even though he thinks that she is guilty just like everyone else. Linc is surprise by how much he likes hanging out with Zoe and Freddy, and as they work together he wants to do everything he can to protect them.

Zoe's faith is very important to her, as well as her integrity and devotion to the Air Force. She has a strong moral compass, and believes in doing what is right no matter the personal cost.  I like how she encourages Linc to revisit his faith, and move past his mistakes. Zoe makes the best of a bad situation, she is a good mother, and fight instructor, and I really admired her.

A fast paced read with great characters, and alot going on. There was a great plot, I really liked the dialog between Zoe and Linc. A wonderful read, full of suspense, with a strong heroine who leans on her faith in the hardest times. 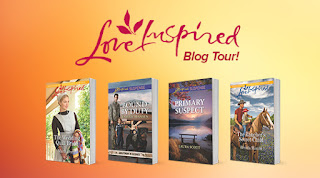