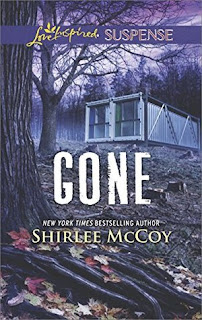 Ella McIntire wakes up tied up in a metal box, not knowing where she is, she was traveling to Maine to investigate her cousin Ruby's death that was ruled a drug overdose. The thing is that Ella knows that her cousin would never have touched drugs, as Ruby's mother was an addict.

Sam Sheridan is part of the FBI Special Crimes Task Force, he's been undercover trying to tie suspects to the Organization a crime ring that preys on homeless people, and foster children, they are also involved in human trafficking. He sees Ella being taken, and rescues her, but she doesn't know who to trust and fights him every step of the way.

Will Sam and Ella be able to work together to stop the Organization and find Ruby's killer?

An action-packed thriller that starts with a bang, high speed chases, and danger around every corner. Sam is used to being the tough guy and protecting himself from being hurt, he admires Ella for her determination to keep going even when she is cold and tired, and how she won't settle for cheap explanations of Ruby's death.

Ella comes to like Sam's team, and she likes that they listen to her, and respect what she has to say. She has a strong faith, and really admires Ruby , who encouraged her when she was going through a hard time.

Overall a fantastic story from beginning to end with high suspense, and plenty of action. I liked the interaction between Ella and Sam as they come to trust and respect each other, and Ella is able to make Sam believe that he doesn't have to be alone. Fantastic read!

Disclosure of Material Connection: I received one or more of the products or services mentioned above for free in the hope that I would mention it on my blog. Regardless, I only recommend products or services I use personally and believe will be good for my readers. I am disclosing this in accordance with the Federal Trade Commission's 16 CFR, Part 255: "Guides Concerning the Use of Endorsements and testimonials in Advertising."
Posted by Faith at 8:42 PM