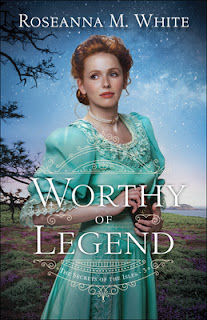 After a summer of successful pirate-treasure hunting, Lady Emily Scofield and her friends are forced to hide the unprecedented discoveries they’ve made, thanks to the betrayal of her own family. Horrified by her brother who stops at nothing to prove himself to their greedy father, Emily is forced to take a stand against her family—even when it means being cut off entirely.

Bram Sinclair, Earl of Telford, is fascinated with tales of King Arthur and the Knights of the Round Table—an interest he’s kept mostly hidden for the last decade. But when a diary is unearthed in the islands that could lead to a secret artifact, Bram is the only one able to piece the legends together.

As Bram and Emily seek out the whereabouts of the hidden artifact, they must dodge her eager family and a team of archeologists. In a race against time, they must decide what makes a hero worthy of legend—is it fighting valiantly to claim the treasure . . . or sacrificing everything in the name of selfless love?
My Review:
A thrilling adventure filled conclusion to a fantastic series, as they draw closer to Mucknell's treasure the clues point to an unimaginable bounty Worthy of Legend.
Thoroughly satisfying, I loved getting to know some of the quieter members of the crew. Emily and Bram completely won me over, and I loved them even more together! Curmudgeonly and enigmatic, Bram hides his inner shining knight, I liked that he was perceptive enough to see where he was needed and found a way to help. Tommie was such a hidden gem, and I loved seeing her come out of her shell as well as her selfless friendship with Emily.
A gripping read, filled with adventure, strong themes of faith, and captivating characters. I loved how Emily's friends supported her, and the fantastic dialogue between Sheridan and Bram. I didn't want to put this book down. A wonderfully satisfyingly adventurous and romantic series, each book better than the last, you won't want to miss it!
I received a complimentary copy of this book. Opinions expressed in this review are completely my own.

For a full list of retailers visit Bethany House Publishers 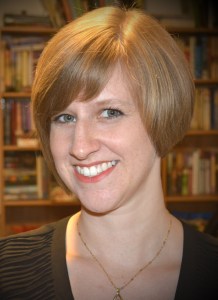 Roseanna M. White is a bestselling, Christy Award nominated author who has long claimed that words are the air she breathes. When not writing fiction, she’s homeschooling her two kids, editing, designing book covers, and pretending her house will clean itself. Roseanna is the author of a slew of historical novels that span several continents and thousands of years. Spies and war and mayhem always seem to find their way into her books…to offset her real life, which is blessedly ordinary. You can learn more about her and her stories at www.roseannamwhite.com
Facebook | Pinterest | Instagram | Twitter | Website
Posted by Faith at 11:42 PM