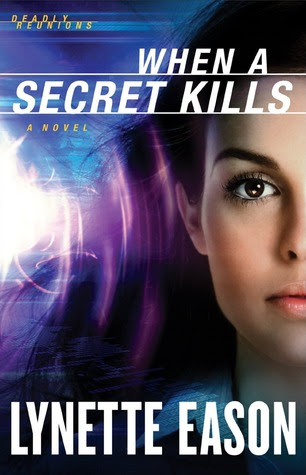 Jillian Carter has spent 10 years trying to escape her past, but the time has come to face her past head on and bring a killer to justice!

When a Secret Kills is everything that you could wish for in a conclusion to the Deadly Reunions Series, full of action, every chapter has something going on in it. You do not know how awesome it was to see everything come together into a conclusion!

Colton and Jillian were a great team, brought an element of romantic tension to the story.

This story was so well written, and turned out to be my favorite of the entire series because of the great pacing that made this book pretty much impossible to put down.

Also, I would highly recommend reading this series in order, because it won't make as much sense out of order, plus you wouldn't want to miss any of the adventure!

Overall, a thrilling adventure with so many twists and turns along the way that had me guessing til the end, and just when I thought it was over...it wasn't! A suspenseful, edge-of-your-seat-read that you won't want to miss!

I received this book from the publisher in exchange for an honest review. Thank you!

“Available May 2013 at your favorite bookseller from Revell, a division of Baker Publishing Group.”