Purple Moon by Tessa Emily Hall ~ Behind the Scenes 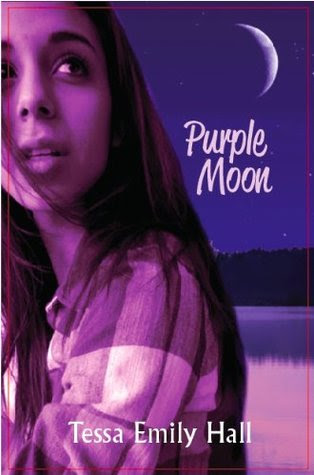 Purple Moon:
Selena’s life isn’t turning out to be the fairy tale she imagined as a kid. That hope seemed to vanish long ago when her dad kicked her and her mom out of the house. This summer might finally hold the chance of a new beginning for Selena…but having to live with her snobby cousin in Lake Lure, NC while waiting for her mom to get out of rehab wasn’t how Selena was planning on spending her summer. She soon begins to wonder why she committed to give up her “bad habits” for this.

Things don’t seem too bad, though. Especially when Selena gains the attention of the cute neighbor next door. But when her best friend back home in Brooklyn desperately needs her, a secret that’s been hidden from Selena for years is revealed, and when she becomes a target for one of her cousin’s nasty pranks, she finds herself having to face the scars from her past and the memories that come along with them. Will she follow her mom’s example in running away, or trust that God still has a fairy tale life written just for her?
Find “Purple Moon” on Amazon
Find "Purple Moon" on Goodreads
Find "Purple Moon" on Lighthouse Publishers of the Carolinas
Find "Purple Moon" on Facebook 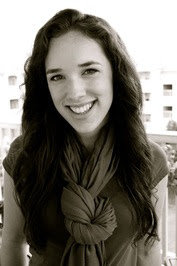 Tessa Emily Hall is a 19-year-old author of Purple Moon, her YA Christian fiction novel to be
published September 2013 by Lighthouse Publishing of the Carolinas. She is also the editor
over the faith department for Temperance Magazine, a column writer for Whole Magazine, a
contributing writer for More To Be, as well as the PR for God of Moses Entertainment. Other
than writing, Tessa enjoys acting, music, Starbucks, and her Teacup Shih Tzu—who is named
Brewer after a character in her book, as well as her love for coffee.
Website:  www.tessaemilyhall.com
Blog: www.christiswrite.blogspot.com
Twitter: www.twitter.com/tessaemily
Facebook: www.facebook.com/tessa.h16

Behind the Scenes: What’s Your Name Meaning?
(The previous fact or fiction was FALSE.)

It’s always important for an author to choose the names of their characters carefully. However, I
didn’t look up the meaning of my main characters names until after I’d written the first version
of Purple Moon. Little did I know that those name meanings would have a significant
impact on the overall story.

Not to give away any spoilers—but in Purple Moon, Austin tells my protagonist, Selena, that
the meaning of her name is “moon”. I actually didn’t even realize this until after I’d already had
Selena be interested in the night sky, especially the moon. 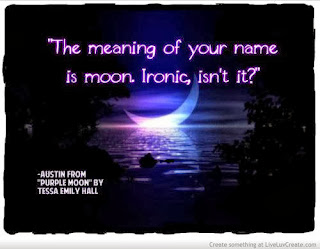 I think it’s important to look up name meanings—not only the ones of our characters’, but
of our own names as well.

I didn’t realize this until I was fifteen years old and visiting my friend’s church. When we were
down at the altar, a lady whom I’d never before seen came up and asked if I knew what the
meaning of my name was. As you can probably guess, I was completely caught off guard. I told
her that I used to know, but that I couldn’t remember at the time. She then went on to tell me that
God told her that He hand-picked my name, and that I should look up the meaning of it when I
So I did. And when I did, I was completely stunned when I realized that the meaning of my name was harvester.

Here’s why that was so significant to me: I’d always been intrigued by scriptures in the Bible
that had to do with sowing and harvesting (spiritually speaking, of course). In fact, my favorite
scripture was (and still is) Ecclesiastes 3:1, which says, “For everything there is a season, a
time for every purpose under heaven.” I’ve always liked that scripture because it reminds me
that there is a purpose for every season, and that each one would—like puzzle pieces—would
eventually come together to create a perfect picture at the end. Some seasons were for sowing,
and some were for reaping. At the time, I knew God was telling me that—despite how difficult
the seasons that I was going through were, I was actually planting the seeds for the crops that I
would harvest in the future.

For Selena, the meaning of her name is spiritually significant as well. It reminds her that God is
always with her, and that He is constant and never-changing, even in the midst of darkness and pain.

(By the way, the same thing happened with Austin, too. I’d already chosen his name long before
I realized that the meaning of it was “great”. Of course, I had to incorporate that into the story as
What’s the meaning of your name? If you haven’t before, I advise for you to look it up. Like
Selena—and myself—you might just be surprised with what you find. =)

Fact or Fiction?: Guess this fact or fiction, and be sure to stop by the next blog tour stop to see if you guessed correctly! (You’ll also receive one extra entry for the “Purple Moon” Prize Pack if you send me your guess). 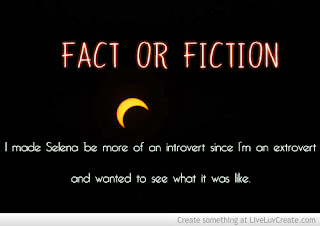 “Purple Moon” Prize Pack! a Rafflecopter giveaway
Posted by Faith at 10:27 AM