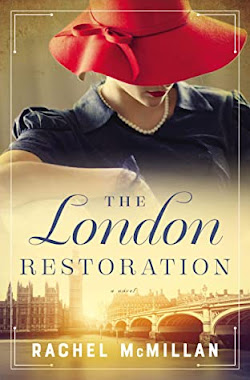 My Review:
An architectural romance set against the tumultuous Second World War.

Brent and Diana Sommerville married just weeks before the war, and what should have been a happy reunion is marred by five weeks that Diana can’t tell him about. Flowing forwards and back in time this story follows Brent and Diana from the first sparks of romance, their marriage, their time apart, and the present, through trenches and churches.

The first half of the book sets up the second half well, and it all builds into a climactic suspense filled ending. Realistic characters give gravity to the situation, and I liked how it draws attention to the realities that many returned to after the war. It was a slow burn for me, I’m glad I kept pushing till the end.

I received a complimentary copy of this book. Opinions expressed in this review are completely my own.
Posted by Faith at 11:29 PM