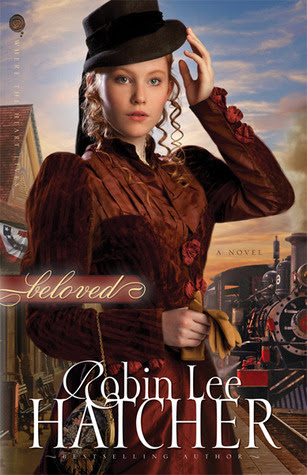 I was drawn into this story from the very beginning.

Diana's supposedly dead husband shows up at her engagement party, with a strange request to have her take him back for 6 months and if it doesn't work out, he will set her free.

The extent of Tyson's reckless, selfish, and hurtful past comes out as the story progresses with flashbacks into Diana and Tyson's past. I really had to keep an eyes out for the time stamps so I didn't get confused, because it goes back and forth frequently.

This book engages quickly, keeping up a steady pace, with plot twists, great side characters, pets, and villains.

Tyson was a fascinating character because he had such a shaded past and how he treated the people around him was despicable, but he showed true repentance and sincerity as well. And Diana was such a strong character to be able to go through was she did.

Gloria Fisher, Diana's adoptive mother was probably one of my favorite characters, because she was quite literally there for Diana, and always supporting her, yet she had the backbone for confrontation.

Themes of faith, redemption and reconciliation are skillfully woven into the story, as well as the sanctity of marriage and the importance of adoption. I think this one is quite possibly the best of the series! Definitely a book that was gripping and touching, and hard to put down!

About the book: Diana is ready to begin a new chapter in her life-until the husband she believed dead reappears at her engagement party.

Diana Brennan came west on the orphan train and was given a home with a loving couple who cherished and spoiled her. At 17, she fell hard for Tyson Applegate, the son of a wealthy mine owner. After a whirlwind courtship and marriage, Tyson took off for adventures around the world, including fighting with the Rough Riders in Cuba. Receiving no word from him in years, Diana's infatuation with her dashing husband died an ugly death, and she is ready to move past the old pain and marry again, just as soon as Tyson is declared legally dead.

But when Tyson returns, claiming to be a changed man, he wants to reunite with his wife and run for the senate. While Diana suspects the election is his real reason for wanting her by his side, she agrees to maintain his home and to campaign with him, but when it is over, win or lose, she wants her freedom.

He agrees with one condition---she must give him a chance to change her mind about him.

Meet the author: Robin is the author of 65+ novels and novellas. Her home is in Idaho, where she spends her time writing stories of faith, courage, and love; pondering the things of God; and loving her family and friends.

Check out all of the other great tour stops here: http://litfusegroup.com/author/rhatcher
Robin Lee Hatcher is celebrating the release of her latest novel, Beloved, with an iPad Mini giveaway!

One winner will receive:
Enter today by clicking one of the icons below. But hurry, the giveaway ends on November 15th. Winner will be announced November 16th at Robin's blog.

Don't miss a moment of the fun; enter today and be sure to stop by Robin's blog on the 16th to see if you won. (Or, better yet, subscribe to her blog and have the winner announcement delivered to your inbox!)!