The Story Behind The Beloved Daughter 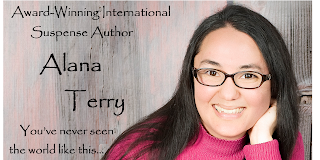 I couldn’t tell you exactly why, but I’ve been intrigued by stories of religious persecution since I was a teenager. I won’t argue with you if you come back and tell me that it’s morbid, but I’m encouraged by accounts of people who remain faithful in the face of intense opposition.

I think for a while in my teen and young adult years, I had some kind of martyr complex. I imagined moving to another country and helping victims of religious violence find hope and courage. I pictured myself risking health, comfort, imprisonment, maybe even my own life, to
help bring comfort and hope to others.

Then I became a mother. As soon as I felt that little child swimming around in my womb, I began to have second thoughts about my grand life “goals.” Maternal instinct battled compassionate zeal. Sure I wanted to help save the world. But only if I could keep my child safe!

For a while I felt guilty about my shift in mindset. And a little scared too. For years, I had
assumed that I could withstand just about whatever opposition came my way. I’d be like those
heroes in the persecution stories I liked to read. Nothing would make me waver in my faith.
Unless my child was threatened…

What would I do if someone held my child hostage? Wouldn’t I do whatever I could to
protect them, no matter what “sacrifices” of faith that entailed? I read stories of parents who had 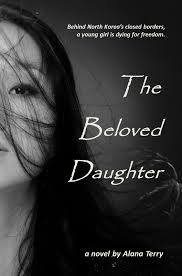 to choose between their religion and their children’s safety. I had nightmares. What could a
mother do faced with that kind of a dilemma?

The nightmares kept coming, until one day I decided my subconscious was telling me
something. I needed to explore these issues more. I needed to figure out what happens in a
parent’s soul when their child is put in danger by their own religious beliefs. I was familiar with
instances of religious persecution in North Korea already, probably because the stories there are
especially brutal, and so I decided to write a novel set in North Korea that explores the
relationship between parental protection and religious fidelity and describes what happens when
those two forces can no longer co-exist.

The Beloved Daughter has won awards from the Women of Faith writing contest and the
Book Club Network. It also reached #5 in Christian suspense in the kindle store. You can enjoy
The Beloved Daughter in a variety of formats, including paperback, ebook, or audiobook
(narrated by four-Audie-award-winning narrator Kathy Garver).
Also, please check out Alana’s Facebook page for a month-long launch party, filled with
games and prizes. You can also enter the $100 giveaway below in addition to the Facebook
games.
a Rafflecopter giveaway
Posted by Faith at 9:53 AM