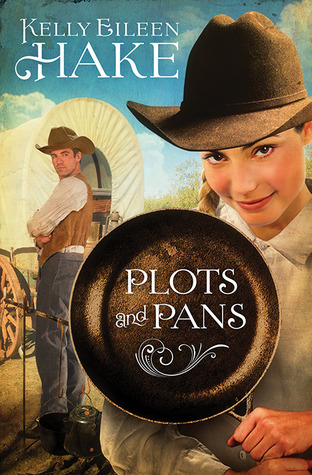 Lucie's Review:
Jessalyn Culpepper is an independent young woman. She's had to be, ever since her father sent her to school in England at age 12. When Jessalyn receives word from her brother that their father is dead, she refuses to stay in England, but makes her way home to Texas, to the ranch.
When Tucker, the foreman of the Bar-None Ranch, sees a lone figure riding in he assumes that it is a grub rider looking for a job. But to his consternation he finds it to be a strange young woman!

To say that Jess and Tucker get off on the wrong foot is a severe understatement, and their fiery discourse brings humor and fire to their interactions.

Desta was one of my favorite characters. She was born and raised as a slave despite actually being Jess's father's half sister, making her Jess's aunt. Desta has a strong faith that runs deep, and sense immediately that Jess's does not. She helps Jess realize that even though her father sent her away, her Heavenly Father never left her side.

Another of my favorite characters was Ralph Runkle, a huge mountain of a man with a big heart, with eyes for Desta.

This was a fun book that kept me chuckling throughout. I really loved Jessalyn's determination to prove herself to Tucker and to her brother, she just kept trying.

Overall this was a fun book that started out well, with a engaging premise, but as the book wore on what had once had me laughing began to feel plodding near the middle of the book as it didn't bring the characters together. But for the most part this was a great book, with strong characters, making for a wonderful western adventure full of faith, fun, and romance.


Disclosure of Material Connection: I received one or more of the products or services mentioned above for free in the hope that I would mention it on my blog. Regardless, I only recommend products or services I use personally and believe will be good for my readers. I am disclosing this in accordance with the Federal Trade Commission's 16 CFR, Part 255: "Guides Concerning the Use of Endorsements and testimonials in Advertising."
Posted by Faith at 10:55 PM