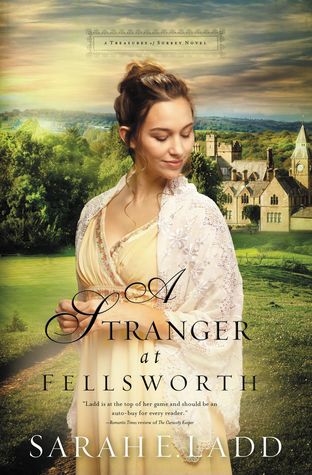 Living in the aftermath of her deceased father's financial ruin, and  after being dumped by her fiance, Annabelle Thorley must live under the command of her controlling brother who seems intent on only adding injury to their already desolate prospects. Her brother wants her to marry one of his wealthy friends, so when Annabelle learns of a teaching position in Fellsworth, she asks gamekeeper Owen Locke to help her escape.

Working for a living is a big change for Annabelle, who finds out how little she is prepared to do things for herself and teach a classroom of children.

Owen is conscientious gamekeeper, dedicated to keep poachers off the property that he manages, he has been finding traps, and evidence that people have been hunting the property. He dreams of being a landowner himself, but without title or fortune it is a distant dream. His young daughter attends the school that Annabelle teaches at. He is a widower, and isn't interested in reliving his disastrous marriage to a socialite. But after meeting Annabelle, will he give love a second chance?

Annabelle has been living a sheltered life, going with the flow and never challenging the status quo. But she bravely leaves everything she's known behind, she is willing to learn, but hesitant and unsure of herself in this new environment and her new social standing. She makes new friends, and her uncle and aunt are welcoming to her, as she finds herself stepping out more independently and learning to enjoy being self sufficient.

Owen loves his daughter and the outdoors. He enjoys his life, and doesn't want more social standing or wealth.

Overall, a well done book that follows Annabelle's journey as she learns to live a simpler more satisfying life, working and doing things for herself. I thought that it was very realistic, especially in dealing with the delicate changing and loss of relationships for Annabelle after she falls on hard times. There is romance and mystery, as Owen fights to find the answer to the shortage of wildlife on a neighbor's property. A well written regency romance, with realistic characters that you can't help but cheer for throughout.

Disclosure of Material Connection: I received one or more of the products or services mentioned above for free in the hope that I would mention it on my blog. Regardless, I only recommend products or services I use personally and believe will be good for my readers. I am disclosing this in accordance with the Federal Trade Commission's 16 CFR, Part 255: "Guides Concerning the Use of Endorsements and testimonials in Advertising."
Posted by Faith at 7:40 PM