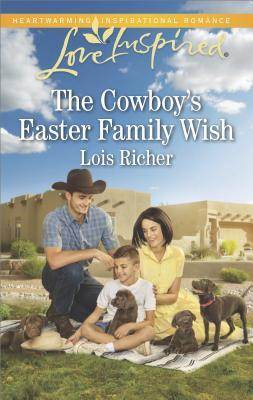 Youth Pastor Jesse Parker meets Maddie and her son, Noah, in the grocery store. As it turns out Jesse's grandmother is Maddie's boss at the quilt store. He  instantly hits it off with Noah, who has autism, and people tend to stay away from him, but Jesse instantly befriends him.

Can God heal three broken hearts to make a family?

Maddie is a great mom, and has a strong faith, she does what she can to help Noah, and appreciates all the time that Jesse has spent with him. She wants Noah to have a normal childhood, and to help him break free of the list of rules that her late husband had for them. I loved her devotion to her son, while trying to rebuild their lives. Jesse's grandmother is a great friend to her, and encourages her along the way.

Jesse is a great youth pastor, but a tragedy has him questioning his calling. He knows just the right thing to say to everyone but to himself. He admires Maddie's strengths and her determination to overcome hardships and an abusive past. He is great with Noah, and enjoys getting to know Maddie and her son.

Noah is a dear child, with a unique way of saying things that makes me smile. There are great touches of humor throughout the book, and good dialog. Maddie was my favorite character, she was so strong after everything she has gone through, and I just wanted her to find happiness. An enjoyable read.

Disclosure of Material Connection: I received one or more of the products or services mentioned above for free in the hope that I would mention it on my blog. Regardless, I only recommend products or services I use personally and believe will be good for my readers. I am disclosing this in accordance with the Federal Trade Commission's 16 CFR, Part 255: "Guides Concerning the Use of Endorsements and testimonials in Advertising."
Posted by Faith at 3:34 PM