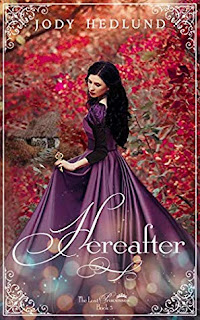 The thrilling conclusion to The Lost Princesses Series!

Emmeline had a happy child in the Inglewood Forest, raised by former Elite Guard, Lance, and former Lady-in-Waiting, Felicia, knowing that she would someday claim her rightful place as a princess of Mercia. After being captured and forced to marry Ethelrex, she is bent on escape, but could God have brought her here for such a time as this?

Ethelrex has trained for years to become the best of the best in preparation to succeed his father, King Ethelwulf as ruler of Warwick. He is determined to honor his father and prove himself worthy after many years away honing his skills as a warrior. He was a surprising character, in that I didn't know how I would feel about him, but in the end he was definitely one of my favorites! He is a born leader, with the ability to think critically, and a high moral code.

Emmeline is content with her upbringing, and has no wish to be princess. Out of all the princesses I think she is my favorite, and the one that I related best to. Emmeline loves her parents dearly, and is loyal, humble, and modest, acting bravely in the face of grave danger to protect the ones she loves.

I've enjoyed each of the books in this series, but this final one most of all, where everything comes full circle. I think I was most anticipating Emmeline's story because of how much I enjoyed Lance and Felicia's story at the very beginning of the series. Emmeline was the most relatable to me, because of her fears and insecurities, as well as her loyalty and bravery. Rex was well written, complex, yet honorable. Fast paced, and highly entertaining, I loved every minute of this book, because everything from previous books was being turned in it's head and kept me guessing as to how this could all work out in the end. A highly satisfying conclusion to a fantastic series!

I received a complimentary copy of this book. Opinions expressed in this review are completely my own.
Posted by Faith at 7:03 AM