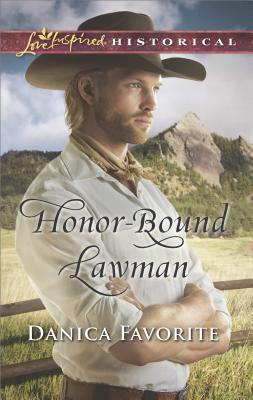 Owen Hamilton can't refuse help to a friend, especially when he made a promise. Even though he isn't a lawman any more he promise Laura Booth to protect her, in exchange for her testimony against her then-husband, James, and Laura kept her end of the bargain. But now James has escaped from prison, and has revenge on his mind.

Laura has moved on with her life since her ex-husband's criminal activity, and she now runs a boarding house for formerly abused women. She has learned a lot about being independent, and running a business. Laura ia surprised when Owen shows up on her doorstep, telling her that James has escaped.

Owen is widowed and takes Laura to his ranch, where he lives with his daughters and his sister, Lena. His daughters are a big reason that he chose to settle down, he is a good father, he is firm, yet encourages them to grow to be more independent.

Owen's daughters Emma and Anna are adorable, they have big hearts and are very clever, adopting a rooster, naming him Henry, to save him from the stew pot. And the many adventures they have in The Taming of Henry,  add lots of humor to the book.

Lena and Owen are close, and back each other up, Lena sees that Laura might be just what Owen needs, and she encourages it.

Laura is strong and independent, she has overcome a lot in the past few years, and it gives her the confidence to dream of a brighter future. There is great dialog in this book, and I like how this gives Owen and Laura a second chance to know each other again, seeing a different side of each other. Fun and enjoyable read, I loved the characters, and there was plenty of suspense and action along the way!


Disclosure of Material Connection: I received one or more of the products or services mentioned above for free in the hope that I would mention it on my blog. Regardless, I only recommend products or services I use personally and believe will be good for my readers. I am disclosing this in accordance with the Federal Trade Commission's 16 CFR, Part 255: "Guides Concerning the Use of Endorsements and testimonials in Advertising."
Posted by Faith at 2:30 AM