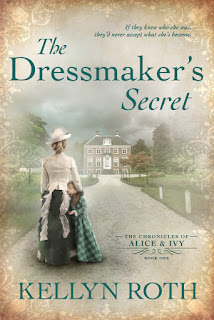 IF THEY KNEW WHO SHE WAS, THEY’D NEVER ACCEPT WHAT SHE’S BECOME.

Claire will stop at nothing to provide for her daughters. An unwed mother, she does everything possible to raise them whilst avoiding her scandalous past. Some secrets are best kept, even between mother and daughter. Alice longs for a father, especially if that means her mother will be happy. She takes matters into her own hands—but she never expected what she finds.

Despite her efforts to shelter her daughters, Claire’s ghosts rise up to haunt her, and any semblance of control over her life vanishes. If her secrets are uncovered, what will become of her family?

Review: A unique tale of secrets and severed relationships told through the eyes of Alice and Ivy, as they watch their mother, Claire, work hard to give them a good life.
Alice is the main storyteller, she is more outspoken and bold, whereas her twin, Ivy is more sickly and comfortable letting Alice take the lead. Alice is close to her nurse, Nettie, and resents her situation as a fatherless child, so she decides to go digging for answers.
This is a different type of story in that I assumed going into the story that it would be told more from Claire's perspective, but instead it is told mostly from Alice's viewpoint. It isn't really a romance, but has a strong faith track, with many characters who share their faith with Claire along the way, as the past is unraveled.
Overall, this is a difficult book to explain without giving too many spoilers, at times it was hard to follow due to the time jumps, and I felt that there was a lot that was told in the background of the story that I wanted to be more in the forefront. There were aspects of this story that I really enjoyed, and I think will make more sense in the context of future installations into the series. A story told through the perspective of a young girl, holding to her faith, and searching for answers.
I received a complimentary copy of this book. Opinions expressed in this review are completely my own. 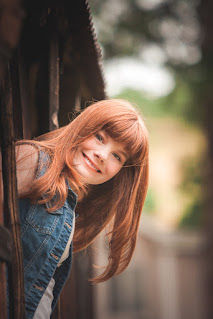 Kellyn Roth is a Christian historical women’s fiction & romance author from North-Eastern Oregon who has independently published multiple novels, the most notable being The Chronicles of Alice and Ivy series. You should definitely call her Kell.

Kell lives on family-owned property outside an unmemorable but historical town with her parents, two little brothers, arbitrary cat, precious border collies, a dozen cows, and lots of chickens. She also possesses a classic, vintage aesthetic which does not at all speak to her country girl side, but such is life.

When not writing, Kell likes to blog, teach writing to her various students, have day jobs which allow her to keep her car properly insured, and spend lavish amounts of money on Dairy Queen french fries.

I’ve honestly never rewritten a book as many times as I rewrote The Dressmaker’s Secret, and I hope I never do.
A first draft flew out of me one November when I was fourteen, and before the next November had come around, I’d gone through twelve drafts, changed points of view multiple times, and eventually rewrote the whole thing from scratch.
The ending especially went through many, many versions … until at last I settled on the final. Or so I thought.
Not long after, some more issues were called to light, and I revised again. And again. Years passed. I went through over twenty-five drafts! And, at the time, I liked all of them. Would I ever like one for longer than a month, though?
Well, turns out, it was possible! I’m over a year and a half into loving my draft of The Dressmaker’s Secret – e.g. the published draft – and that’s not likely to change any time soon.
This book taught me a lot. It practically taught me how to write – and edit! – a good book, and it made me really focus in on quality, even when it took some humility to admit I was wrong and critics were right – or, sometimes, that my gut was right. It taught me to not give up on something I love. It taught me that the risks I always wanted to take are worth taking. It taught me that no mistake is too great to be corrected … well, in some ways, at least.
And it taught me that there’s a great God out there who has grace for all my delays and mistakes and learning experiences.
So, that’s the story of how The Dressmaker’s Secret came to be written!

Reflections From My Bookshelves, February 4

For Him and My Family, February 5

Labor Not in Vain, February 7 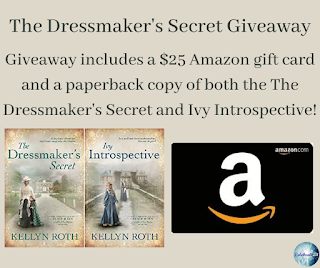 To celebrate her tour, Kellyn is giving away the grand prize package of a paperback copy of both The Dressmaker’s Secret and Ivy Introspective, as well as a $25 Amazon gift card!!