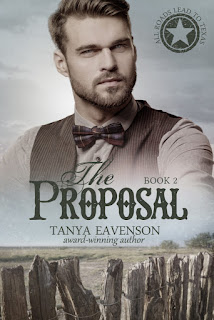 When the sheriff’s daughter goes into hiding from her father’s killer, her life isn’t the only thing in danger.

Jessica Thomson is fleeing the man who killed her father. But her
stagecoach is robbed, and when the stranger who rescues her declares she will be his wife, she does the only thing she knows to do—shove her revolver in his back. Never would she have expected he wore a star on his chest. Too bad she vowed never to love another lawman.

As sheriff, Blake McKenny prides himself on protecting his town’s people from danger, but his efforts didn’t include a headstrong woman bent on putting herself in harm’s way. When outlaws threaten his town and put Jessica’s life in danger, Blake’s failure to save his late wife haunts him.

Can Jessica and Blake forgive themselves for the past and protect each other—even if that costs them their hearts in the process?

Review: There's a lot going on and a lot to love in this fast paced Western romance.

Blake and Jessica don't start out on the best of terms, as their first meeting is less than ideal, it starts them off kind of on the wrong foot. But as they get to know one another, and work together I loved seeing them get to know and trust each other.

Blake still carries the guilt of not being able to protect his first wife, but he is a devoted Sheriff and takes his job seriously. He has a strong faith, leading by example.

Jessica has been running for a long time and I liked how she reached out to the neighbor boys. There is a lot going on in this book, and despite being unsure at the start, it grew on me as they got to know each other, and the plot progressed.

Overall, an adventure packed Western Romance, I loved Blake's friends that helped them along the way, as well as the strong faith shown in their lives. There's plenty of action and good interaction between the characters, making for a sold read. Perfect for fans of Western romance, like me! 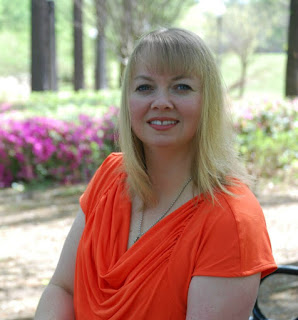 Tanya Eavenson is an award-winning Christian romance novelist. She enjoys spending time with her husband and their three children. Her favorite pastime is grabbing a cup of coffee, eating chocolate, and reading a good book. You can find her at her website http://www.tanyaeavenson.com/

Ever had those moments when you’re reading a novel and it’s as if the author wrote the story line, the characters, or included verses just for you? When your world turns from fiction to reality with the flip of a page?

At the beginning of December in 2014, I took a novel from my bookshelf, snuggled on the couch with a blanket, and began to read. The title of the novel is called The Rancher’s Reunion by Tina Radcliffe. The hero in the story is Will, and he has a hereditary disease that caused him to fear, not only his future, but in trusting God. And that’s when God used this story to speak to me.

“I know, Will. I know.” She blinked back the moisture pricking her eyes.

And I understood Will’s fear. Weeks prior to reading this novel, my doctor told me I have cancer. It’s a single word that can change the course of your life, emotionally, physically, but not only yours, others around you. And though I knew God’s presence would be with me no matter what the future held, my desire to write or edit anything had vanished. Honestly, I wasn’t sure I wanted to write anymore with my future so uncertain. I wasn’t just scared, but terrified my time with my family would be shortened.

But as I continued to read Will’s story, God’s whispered words, Do not be afraid of things you cannot control, pray, and continue your call to write, took hold and draped around my heart.

I knew at that moment this book was meant to be read at this appointed time. That God was leading me to give Him every single fear, open my laptop, and begin to write again.

During the time I’d stopped writing, I was in the middle of two stories, a contemporary romance, and The Rescue, the first story in the All Roads Lead to Texas series. It took some months before I returned to writing, but I had to give my fears to God the only way I could. Like Will and Annie’s story, day by day. Moment by moment.

In my new novel, The Proposal, the second story in the All Roads Lead to Texas series, Jessica Thompson understands fear and must learn how to give it to God. She has her father’s killer on her trail and the only means for escape is to run, but she never counted on the sheriff of Graham, Texas, to get in her way.

I’m here to tell you it’s okay. God knows how you feel, good or bad, it doesn’t change His love for you. Just remember, He’s with you, by your side through it all. He will never leave you.

For Him and My Family, June 21

Cats in the Cradle Blog, June 22 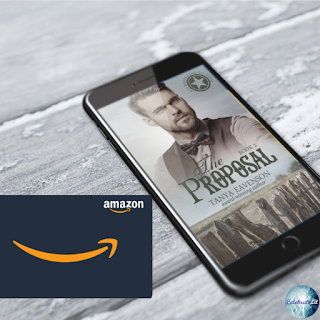 To celebrate her tour, Tanya is giving away the grand prize package of a $25 Amazon gift card and eBook copy of the book!!