The Delusion and The Deception by Laura Gallier ~ Two Book Review 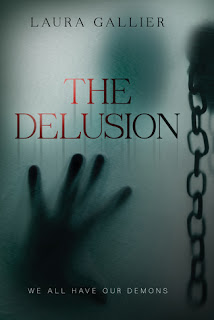 Review:
Eleven students have committed suicide at Masonville High, Owen is determined to keep his head down and just get through his senior year, but an encounter in the woods changes everything when Owen can suddenly see the spiritual warfare taking place around him.
A new teen/young adult series focusing on spiritual warfare, the first book is an engaging introduction that upon reading felt familiar as I had recently read a few different books that hit similar plot points. Though I would say that this series describes spiritual warfare  in more physical terms, where other books I have read were more subtle.
The story is told through Owen's point of view, he is a young man full of potential with a troubled home life, who wants to make a difference. We follow him as his eyes are opened to the evil around 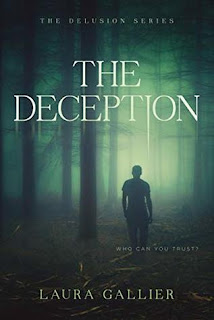 him. He is a well done character, who realistically struggles to understand what is going on around him. I think that story really picks up in book two when the stakes are raised and we see Owen as a new Christian, still struggling to break free of his old bonds and understand his new faith. I liked how all of his problems didn't go away when he became a Christian, he still struggled and there were new challenges, yet he had a new armory of weapons.
I got into this series when I picked up the third book in the series, not realizing that it wasn't a standalone. So I headed to my local library and thankfully they had these two books so I could catch up, and I'm glad that I did.
Overall, a well done series that encourages readers to think more about spiritual warfare, an engaging plot, fast paced, and full of suspense. Well done character growth that ebbs and flows in a natural and believable way. Spine chilling read, a darker read than typical for me personally, but it also glimmers gloriously with hope. I can't wait to read the next book in the series!
I checked out these books from my local library. Opinions expressed in this review are completely my own.
Posted by Faith at 5:13 PM