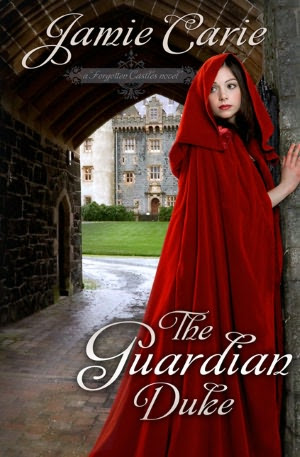 Lucie's Review: Definitely the beginning of something...

Alexandria Featherstone's parents have been missing for over a  year, and suddenly she finds herself the ward of Duke of St. Eatson. Alexandria is desperate to find her parents, so she writes to the Duke to ask for support. Letters go back and forth between the two, but what will they ever meet each other face to face?

In my mind this book ended up being much more of a beginning, than a stand alone novel. It had plenty of intrigue and mystery. I liked many of the side characters and Gabriel, but I kind of found myself not liking Alexandria all that much.

I liked how the characters were pretty well developed and Gabe was a fresh hero, a sort of perfectionist, with plenty of brains--maybe even too smart for his own good! But to further explain why I didn't like Alexandria, was because she claimed to be a Christian, and to pray, but she was all too comfortable lying at the tip of a hat and choosing her own way. I will definitely be looking forward to some spiritual growth from her in the next book :)  I mean, I did sympathize with her to some extent, but not as much as I would like to have.

There were plenty of twists in the story, and mystery that kept me reading. So basically I will say that this was a somewhat frustrating book for me, because I felt that this was more of a beginning, but I hope to remedy that by reading the next book. Because I do want to find out what happens next! It was a quick read, I read it in less than a day, but it left me somewhat unsatisfied. So don't read this book unless you plan on reading the next two, as well!

I received this book from the publisher in exchange for an honest review. Thanks!